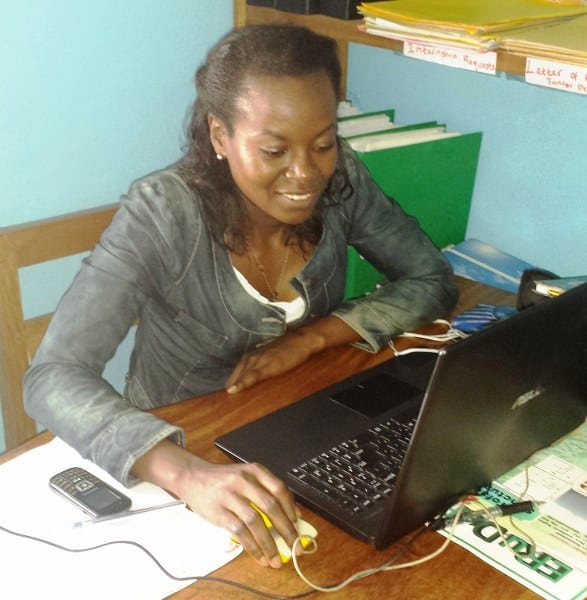 Ms. Manka’a Grace Niba, has been appointed pioneer Coordinator of the Cameroon Amphibians Conservation Initiative, a new initiative launched last April by the ERuDeF Institute of Biodiversity and Non-Profit Studies to provide essential scientific information as well as support the conservation of amphibians in Cameroon. She was appointed, June 8, 2017 by the President and Founder of the ERuDeF Institute of Biodiversity and Non-Profit Studies, Louis Nkembi, to serve under the Amphibians and Reptiles Research Group at the ERuDeF Institute. The pioneer Coordinator awaits a Masters of Science in Wildlife Management at the ERuDeF Institute of Biodiversity and Non-Profit Studies besides a Bachelor of Science in Environmental Sciences at the University of Buea. This vibrant Coordinator, who hails from the Northwest Region of Cameroon has carried out research in the field of amphibians conservation notably on the distribution of Golliath Frog around Mt Nlonako. The amphibian zealot, who has been serving as a Junior Biologist within the Conservation Department of the Environment and Rural Development Foundation, had no idea that will be the one to head this novelty “I was surprised by the appointment but all the same, I am happy and belief that I am going to put in my best to make it succeed” As somebody with a special love for amphibians, Manka’a Grace already has a plan of action for this Initiative. ” My immediate plan of action will be to establish a data base of amphibians on Cameroon mountains beginning with Mount Nlonako and Mount Muanengouba” With the appointment of a Coordinator for this innovative and multidisciplinary Initiative, it is clear that the Institute is matching word with action in its determination to conserve the dwindling population of amphibians species in Cameroon.