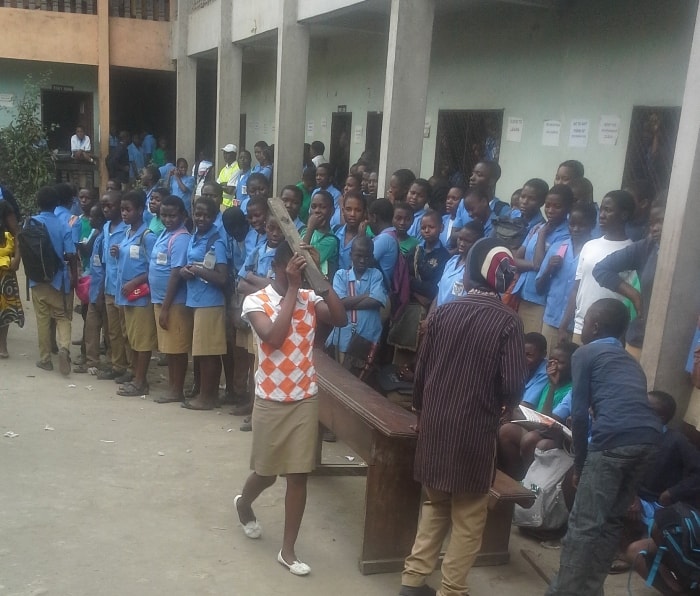 Students from some secondary schools within Buea municipality used the National Bilingualism Day, February 5, 2016, to denounce activities that further jeopardize endangered biodiversity species within the municipality and beyond.

The students choose to use the official languages; English and French, to send across their messages.

The Environmental Club of Charity Comprehensive Academy, Mile 16, Buea, staged a drama, advocating for the protection of the last generation of our endanger species of animals.

They advised parents against illegal hunting of endangered species and suggested animal domestication as an alternative.

The students called on all to practice reforestation.

St. Therese and Summerset, on their part, debated on topics like “Human activities are responsible for climate change” and “Should deforestation be encouraged?”

Both debates cried against indiscriminate cutting down of trees.

The students said this was their own little way to support the government in the fight against illegal hunting of endangered species and cutting down of threatened trees. They promised to restore the greenness of the environment by planting trees in their respective communities.